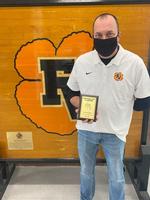 Bill started his coaching career when his daughter fell in love with the sport and started playing recreational volleyball in 2007. Even though she finished her college volleyball career in 2019, Coach Bill has continued to foster his love of coaching the sport.

After coaching at Holly Ridge Middle School for 4 years, he moved on to coach at the high school level.  He is starting his 5th season as the varsity head coach at Fuquay Varina High School.  This past season he led the Lady Bengals to their first conference championship.  He was also voted as the Greater Neuse Conference coach of the year by his peers.  Bill has coached at the club level for the past 8 years, predominantly coaching the 14 and 18U teams.  He also plans and leads different clinics for our middle and high school athletes.

Jennifer started her coaching career alongside Bill coaching their daughter's recreational volleyball teams. She served as the assistant coach at Holly Ridge Middle School for the last 9 years and most recently became the JV coach at Fuquay Varina High school.

While serving as the director for Fuquay Revolution Volleyball, she also works alongside our coaches as an assistant coach. 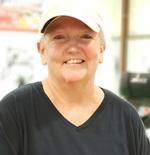 Coach Marcy is originally from Michigan. She was a multi-sport athlete, three time letter winner and all conference player on her high school volleyball team. She also played on a select Junior Olympic Volleyball team from the Metro Detroit area.

While attending Michigan State University, Marcy played USAV, intramural, grass and beach volleyball. After receiving her degree in Nutrition and Dietetics Marcy moved to NC and found ways to continue playing the game she so dearly loves.

Marcy has twenty years of coaching experience, including Sacred Heart Cathedral School in Raleigh, Fuquay-Varina Middle School and the JV at Fuquay-Varina High School. She was also the Founder of the FVAA Recreational Volleyball Program in Fuquay-Varina.

As an IMPACT Certified USAV Coach Marcy was the head coach of the top 12U teams at NC Volleyball Academy (2009-2014) winning 6 regional tournaments, 2 regional champs and Monument City Classic, Richmond.

At NC KAT Volleyball Club (2014-2019) she was the Head Developmental Coach for beginner level programs. Head coach for U11 and U10 teams. Winning 5 RAVE tournaments, finalist in several regional tournaments and 2019 Atlantic Coast Grand Prix U13 championship.

Marcy's strength is working with younger players who are just beginning to learn the great sport of volleyball. She takes pride in teaching fundamentals and then watching her players develop into successful volleyball players.

Coach Marcy has been married to her husband Mark for 29 years. They live in Fuquay-Varina and have three children (Sean, Brendan and Nora). When Marcy is not coaching, you will find her enjoying tennis, hockey or listening to music.

Saraya fell in love with volleyball in the fourth grade while playing in a friend's backyard.  Since then, she has been playing volleyball and growing in her love and knowledge of the game.  Saraya played all four years in high school and was named second team all conference in both her junior and senior year.  After high school, Saraya played for the Wake Tech's women's volleyball team for her freshman and sophomore year.  During her freshman year she was named Region X Player of the Year and Second Team All-American by the NJCAA (a first for the WT volleyball program.)  She was named to the All Region Team her sophomore year.  Saraya transferred to Shaw University where she was a member of the Lady Bears women's volleyball team.  During her junior year she was selected First team all CIAA and was recognized as the teams best offensive player.  Saraya helped lead the Lady Bears to a CIAA Championship win in her final collegiate season.  She was also selected for the all CIAA tournament team as well as second team All State NCCSIA honors.  She is currently a middle school teacher at East Cary Middle School. This is her fourth season coaching at Fuquay Revolution. 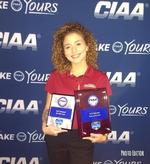 Michelle was born in San Juan, Puerto Rico. She fell in love with volleyball when she was 6 years old. She began her volleyball career, in Puerto Rico, in 6th grade. Throughout the years, she remained playing in school and in club, making volleyball her life. In 2015, she made her decision of coming to Raleigh, NC where she became a setter, for the Lady Bears of Shaw University. Michelle led her team to winning the CIAA Championship in 2016 and 2018. Also, Michelle broke Shaw University's 2,000th and 3,000th assist record. Michelle has many awards including All CIAA Tournament Team. She ended her senior year becoming 2018 CIAA Setter of the Year. This is Michelle's first season at Fuquay Revolution. 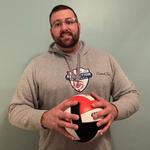 Joe is the Medical and Conditioning Coach for Revolution Volleyball. Joe resides in Angier NC with his wife Shannon and their daughter Lacy.   He has been active in health and wellness since 2000 and is also an avid power lifter.  During high school, Joe was an outside line backer on the football team and also on the wrestling team.  Joe has competed in numerous competitions after high school in bench press, squat, and dead lift. Joe holds career bests of 425 lbs bench press,  505 lbs. squat, and a 515 lbs. dead lift.  After years in the power lifting world, Joe wanted to continue his aspirations in the health setting.  During college, Joe received his First Responder Certification and that opened his interest even more in the medical field.  Joe completed his pre-medical studies in Neurological Psychology at Liberty University as well as in Kinesiology at Campbell University.  During his studies at Campbell, Joe received the National Academic Medical Honors Society Award for outstanding academic progress.  He is currently a student at Campbell University studying medicine in Physician Practices.  His aspirations are to work in Sports Medicine and Orthopedics.  Joe is active in volleyball training much in part to his daughter Lacy starting rec volleyball at the age of 8.  Lacy became more proficient and developed more in the sport.  As time went on, she joined Revolution and assisted the team as their captain in her age group her very first season.  Lacy went on to join the volleyball team at her school Wake Christian Academy at the age of 12 and was a pivotal part of the team due to her training at Revolution.  She played a second season at Revolution in the next age group and again was chosen as team captain.  Seeing Lacy progress, Joe became more active in her at home conditioning training and volleyball practice drills.  Joe has a passion for health and wellness and his desire grew to help others as well.  Joe interviewed and completed the necessary training to be a certified coach with Revolution in 2020 and has hit the ground running.  Joe works with all of the age groups not only in conditioning drills and practice sessions, he also serves to help in aiding injuries and prevention during practices, games, and tournaments.  Joe's desire is to see the girls at Revolution grow physically and mentally both on and off the court through proper conditioning and training, 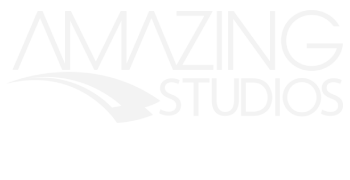 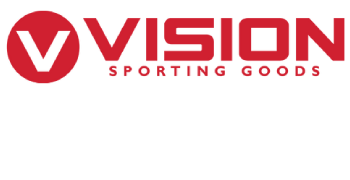